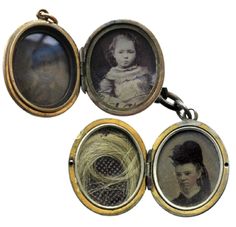 In last week’s blog post, I wrote that perhaps death was the great equalizer. Yet, class and gender once segregated the commonality of death between rich and poor, men and women.

The Victorian Age, marked by good manners, industrial and technological advancements, the widening chasm between rich and poor, and that pesky ‘woman question’ wrote its chapter in the book of mourning etiquette, too.

A complex set of rules, guided by one’s station in life, dictated appropriate mourning behavior and rituals. In the house, clocks would be stopped and reset to the deceased’s exact time of death. Mirrors covered with black crepe prevented the deceased spirit from being trapped in the glass. To prevent the devil’s possession of anyone still living, photographs were turned over.

Superstition may have guided a household; mourning between the genders was segregated by fashion and behavior. A woman’s funereal clobber, comprised of black clothing meant to conceal a body’s shape and a veil of black crepe, became known as ‘widow’s weeds.’ Mourning jewelry rose to prominence in the upper class. People often wore a cameo brooch or a locket designed to hold a lock of the deceased hair.

The dictates of appropriate mourning behavior did not end with the content of one’s wardrobe, however. Widows were expected to not only wear their mourning ensemble for at least two years and up to four years and were discouraged from entering society for twelve months. During a widow’s mourning period, clothing restrictions were relaxed at six or nine-month increments, effectively ensuring the grieving woman lived as a hostage to her grief.

Anyone who has had to plan a funeral for a loved one understands that death is a business. Caskets and urns, florists, and stationary are not contemporary choices of grieving. Indeed, the Victorians may have originated the entire industry! Money and status plays have always been central to how a passing is marked and a person recognized.

However, fashion, behavior, and money may not be the preeminent influence on one’s approach to mourning. The Victorians may have been Christians, but deep in the cultural bloodstream beats a Pagan’s heart, too.

Indeed, superstition weighed heavily on behavior as much if not more than social mores. I leave you with a handful of superstitions to ponder, courtesy of the Victorian age!

Never wear anything to a funeral, especially shoes.

Stop the clock in a death room, or you will have bad luck.

If you don’t hold your breath when going by a graveyard, you will not be buried. 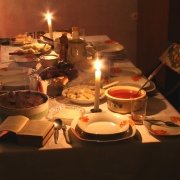 Death is not a cold, lonely end to life
Scroll to top